"When the end of the world comes, I want to be in Cincinnati because it's always twenty years behind the times."  (http://www.twainquotes.com/Cincinnati.html says This quote has been attributed to Mark Twain, but until the attribution can be verified, the quote should not be regarded as authentic.)

The above quotation attributed to Mark Twain was mentioned by the docent who gave us a tour of the Union Terminal building in Cincinnati currently housing the Cincinnati Museum Center. 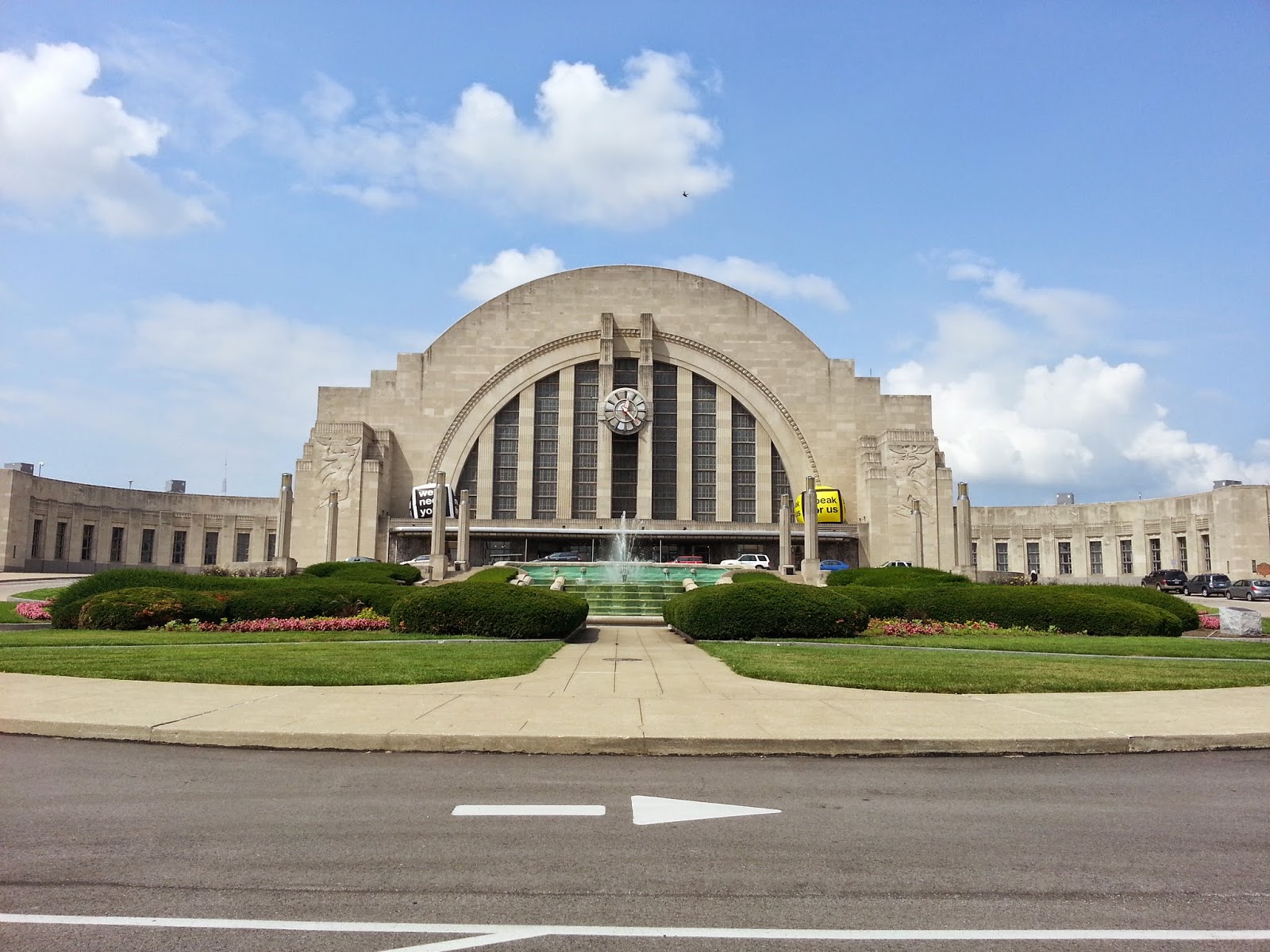 This huge structure whose rotunda is the largest half dome in the United States was begun in 1929 in an effort to combine the five separate railroad stations in Cincinnati into one Union Terminal.   It was completed in the year 1933 just as railroad travel was beginning to decline because of the increased utilization of automobile and airline travel.   That decline in railroad travel gave rise to the use of the opening quote attributed to Mark Twain,

Train traffic increased for a brief time during World War II as railroads became the main means of military transport.  But the end of the war in 1945 again reduced train travel to a mere trickle.

Fifteen local businesses were represented in the industrial mosaics designed and created by German American artist Winhold Reiss in the train concourse.  Each mural is 22 feet high and 110 feet long. 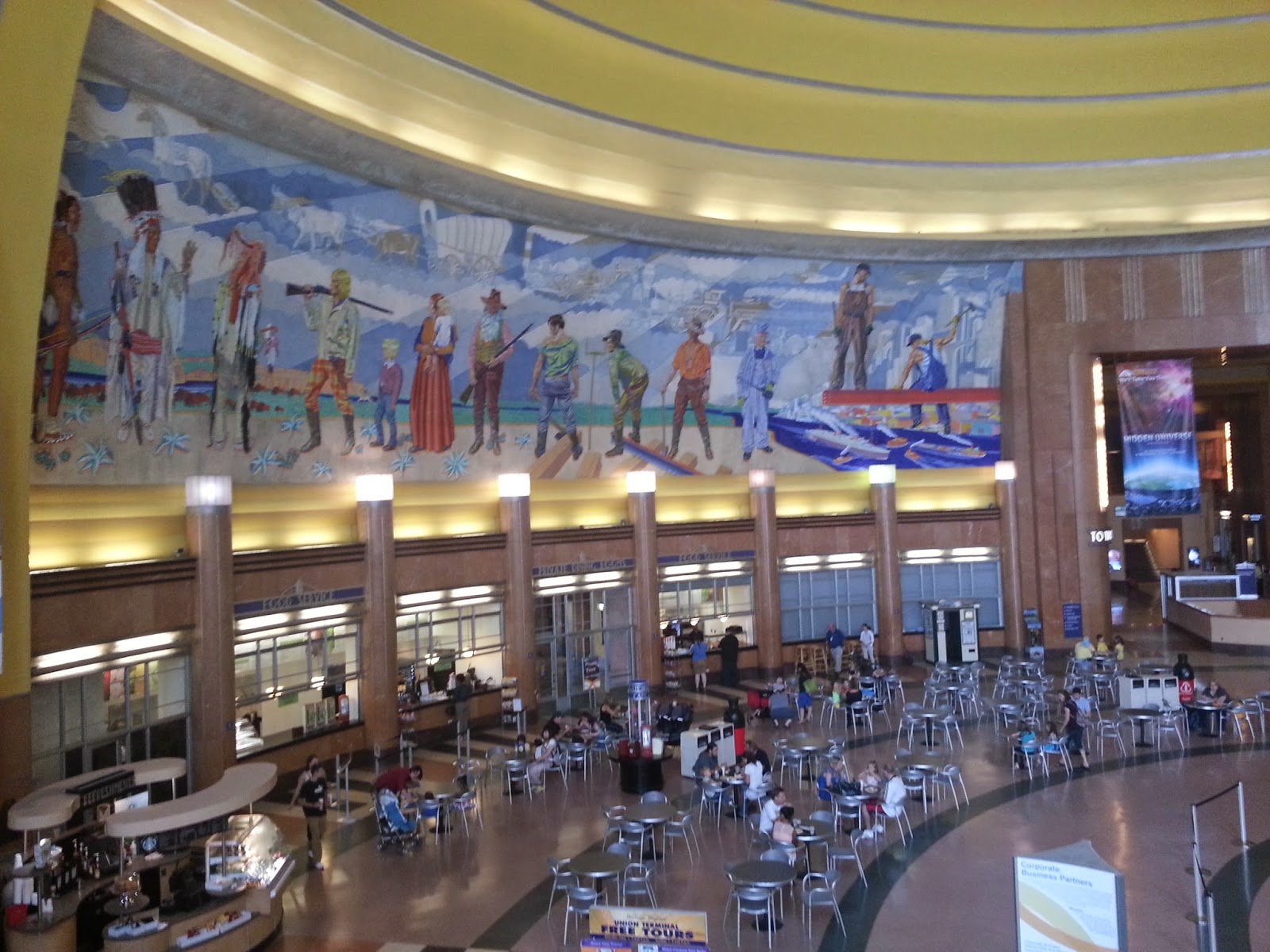 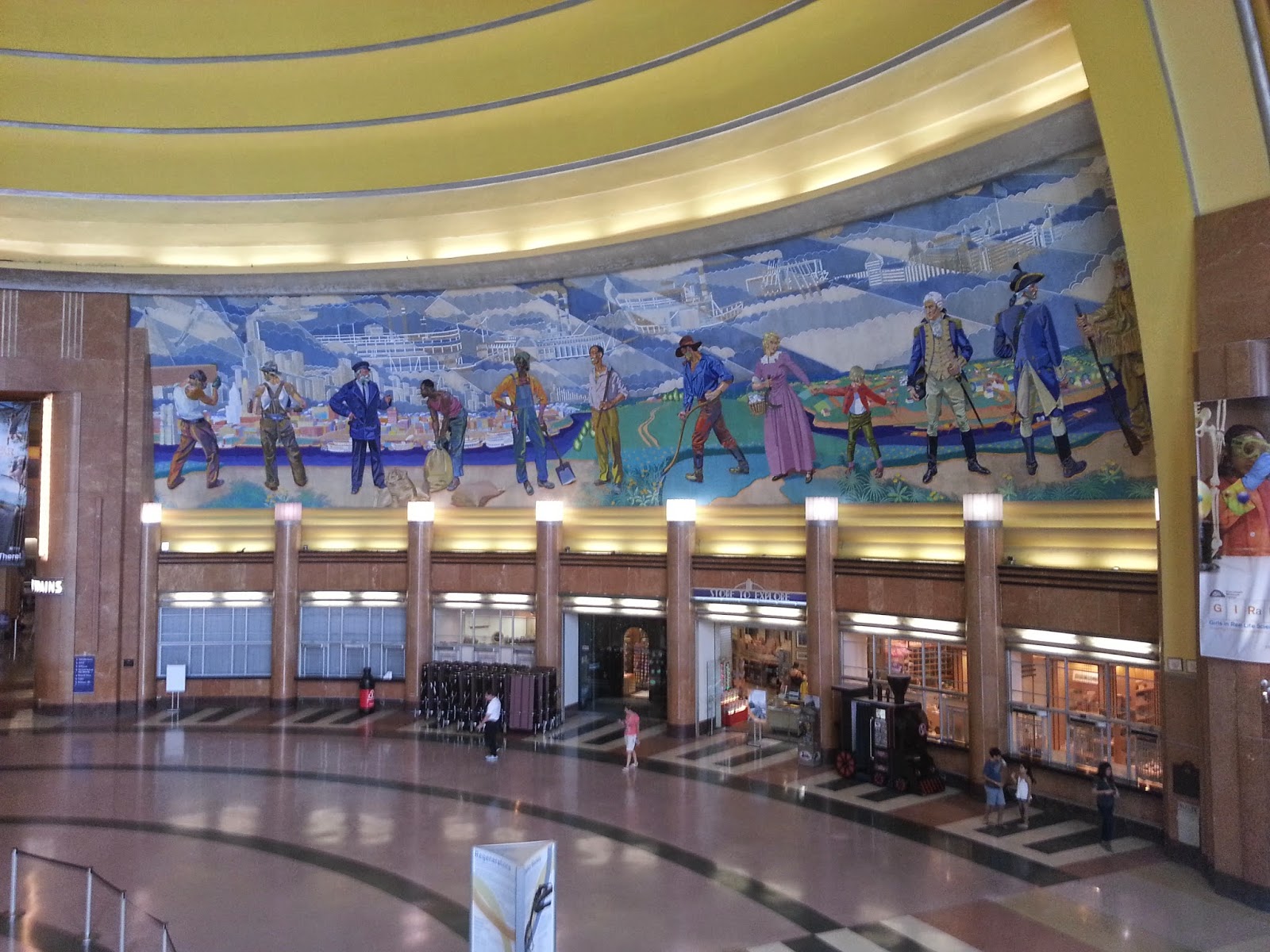 Train service left Union Terminal in 1972.  However. in 1991 Amtrack returned and continues to provide one train eastbound and one train westbound each day.  The main attractions today are the three museums housed in Union Terminal:  Cincinnati History Museum, Museum of Natural History & Science, and Duke Energy Children’s Museum﻿

In addition, the Museum Center houses the Cincinnati History Library and Archives.  MarySue  spent two major blocks of time there,  searching in vain for information about her great-grandfather who apparently lived in Cincinnati for a while.   To her knowledge nobody has ever been able to accurately identify that great-grandfather's parents.

During our stay in Cincinnati we have stayed in the Winton Woods Campground -- one of three campgrounds in the Hamilton County Parks (www.greatparks.org). 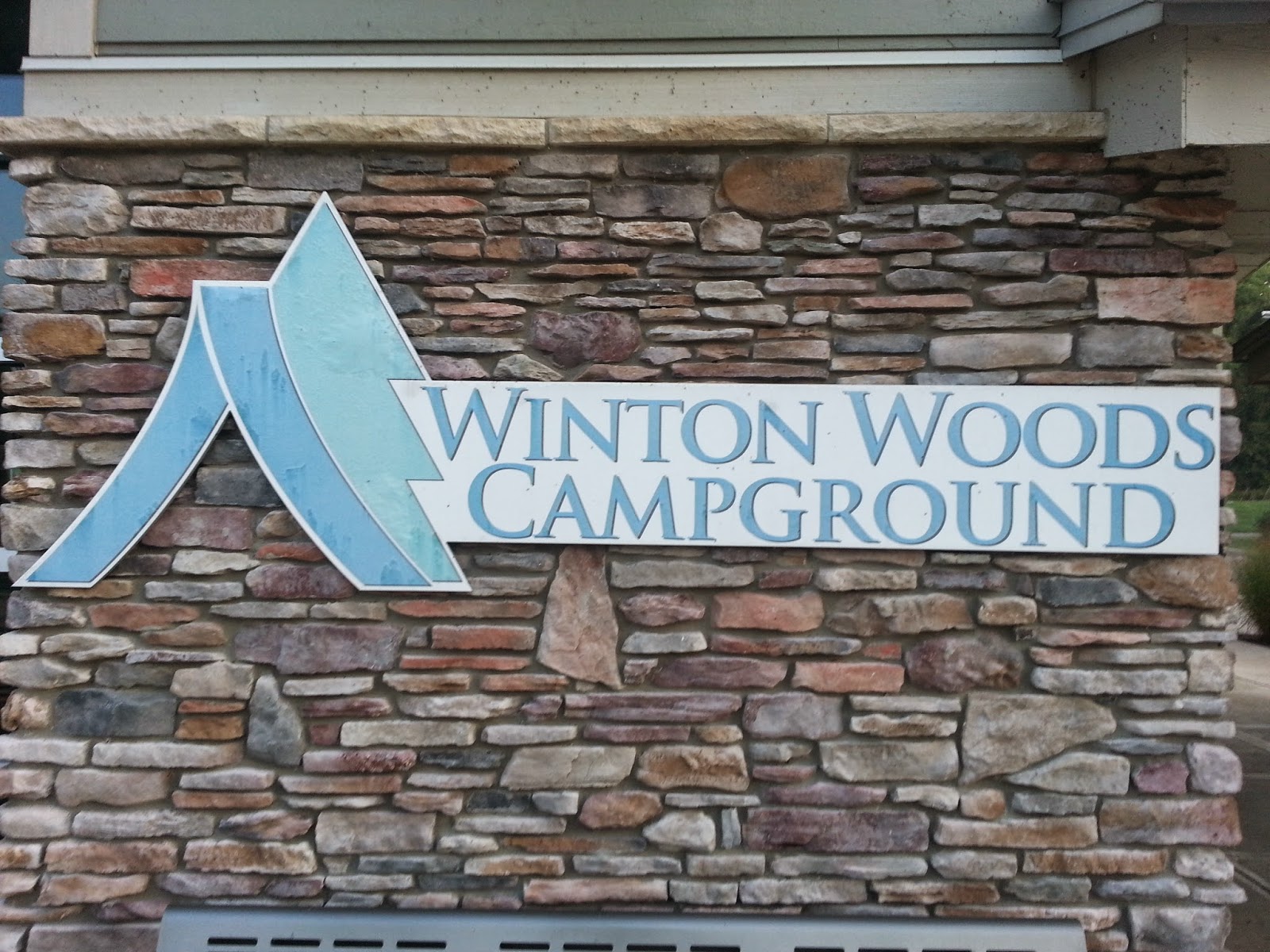 The campground features full hookup sites as well as water and electric sites and tent sites. 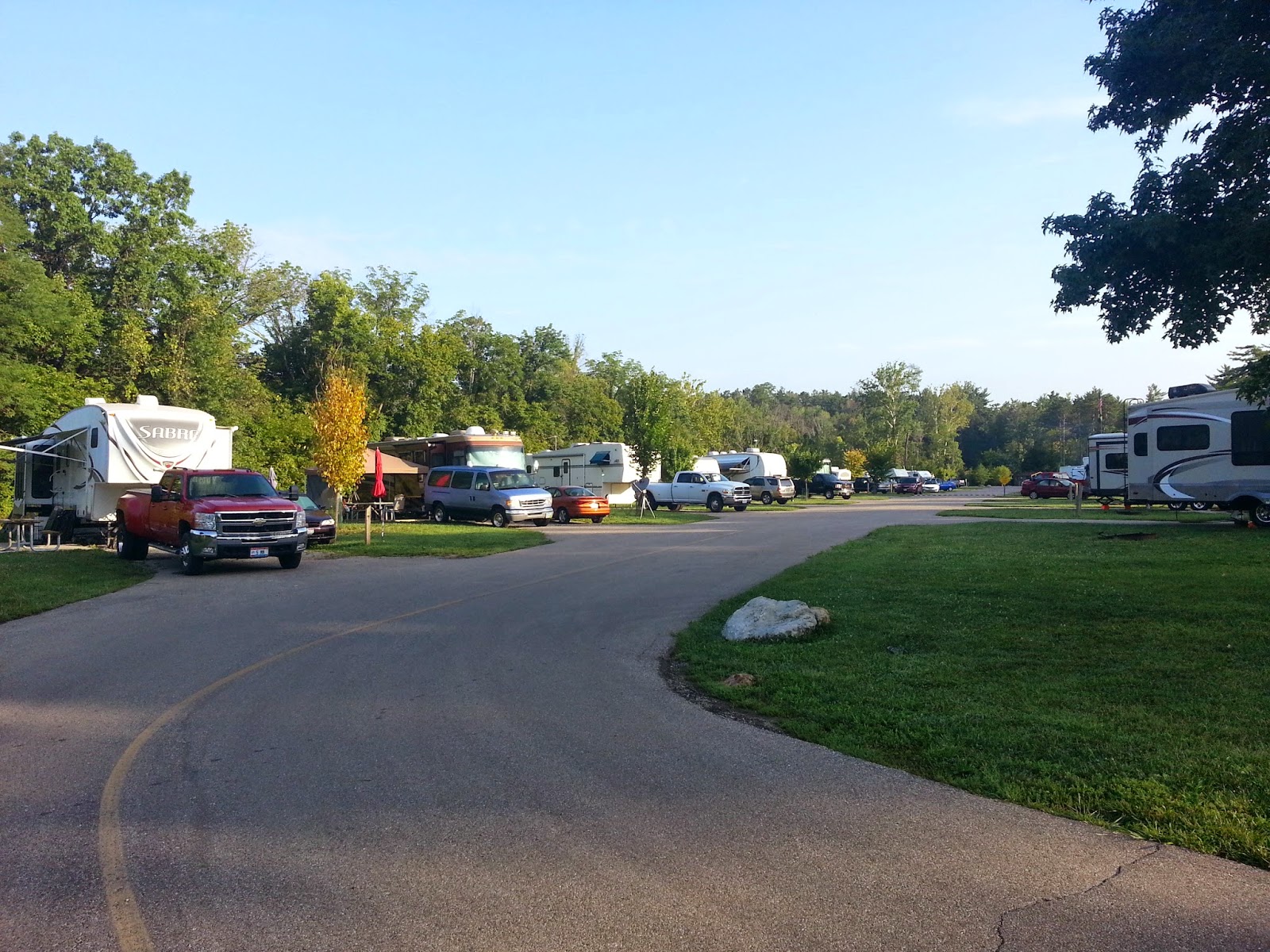 We have enjoyed the two-mile plus paved hike and bike trail around Winton Lake with views of Winton Woods and the boathouse on the lake. 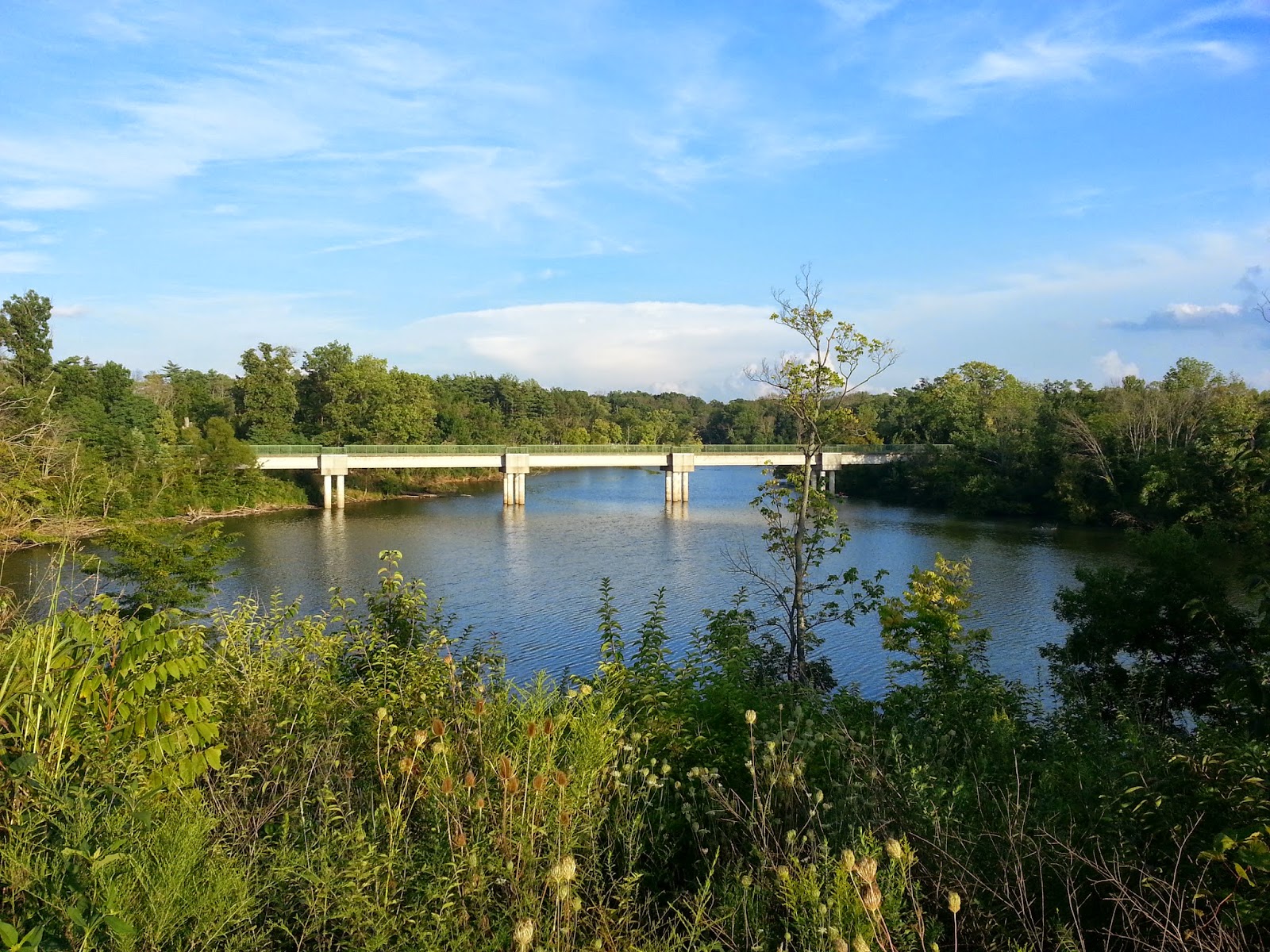 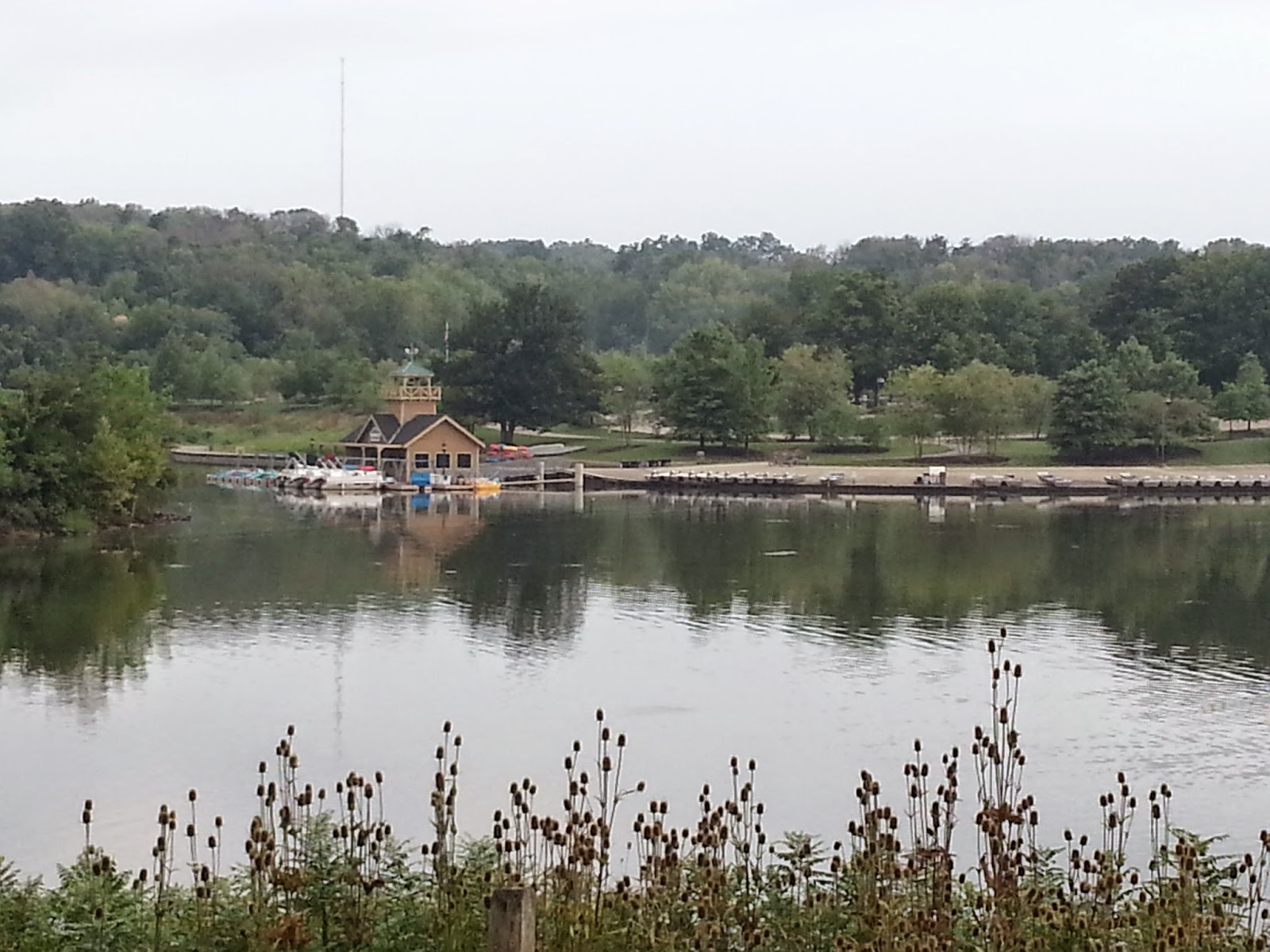 Tomorrow, we'll head east for one last visit with our son over the Labor Day weekend.﻿
Posted by Bruce Rosenberger at 7:37 PM