Each year over two million travelers visit Old Man's Cave which is one of six of the natural attractions in Hocking Hills State Park located south of Logan, Ohio.  Old Man's Cave is noted for its waterfalls, swirling pools, deep gorges and massive rock formations. 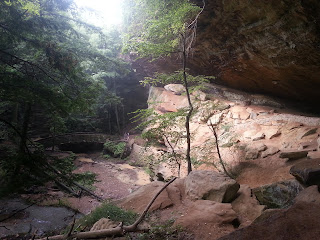 Old Man's Cave is named for a hermit by the name of Richard Rowe who lived in the large recess cave of the gorge in the middle of the 19th century. 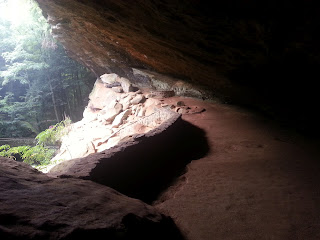 The area known as Old Man's Cave is part of a magnificent gorge carved by a creek through the entire 150-foot thickness of  Blackhand sandstone.  The length of the gorge is approximately one half mile. 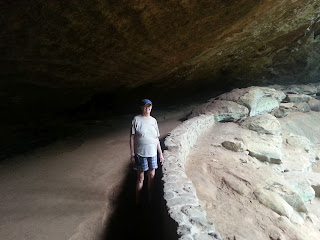 This morning we hiked the one-mile long trail that enables visitors to view the many points of interest of Old Man's Cave and the gorge. 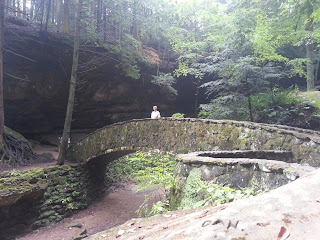 Through the years bridges have been added to make the gorge more accessible to visitors. 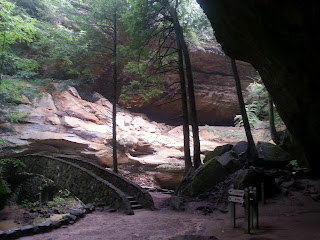 Although the view from above is spectacular, looking up from below gives the visitor an even greater impression of the size of the cave and of the gorge. 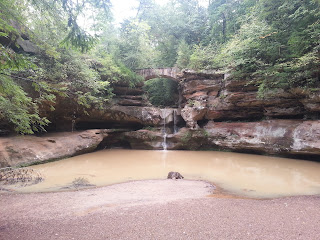 When we came to the end of the trail through the gorge we stopped to admire  the Upper Falls. 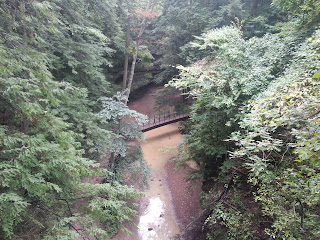 As we walked along the rim of the gorge on our way back to the ﻿Visitor's Center we were able to look down to see where we had been and to remember our delightful visit to Old Man's Cave.
Posted by Bruce Rosenberger at 5:16 PM