The Law West of the Pecos

As we traveled from Seminole Canyon State Park on our route toward Big Bend National Park, we just had to stop in Langtry to explore the legend of Judge Roy Bean, who called himself, "the Law West of the Pecos."

Judge Roy Bean arrived in Langtry, Texas, just west of the Pecos River during the Railroad Construction Boom as the tracks from the east were being laid at a furious pace to meet tracks from the west.  Seeing an opportunity for financial gain, he established the Jersey Lilly Saloon, named after English Singer Lillian Langtry, with whom he had a fanciful but unrequited romantic interest. 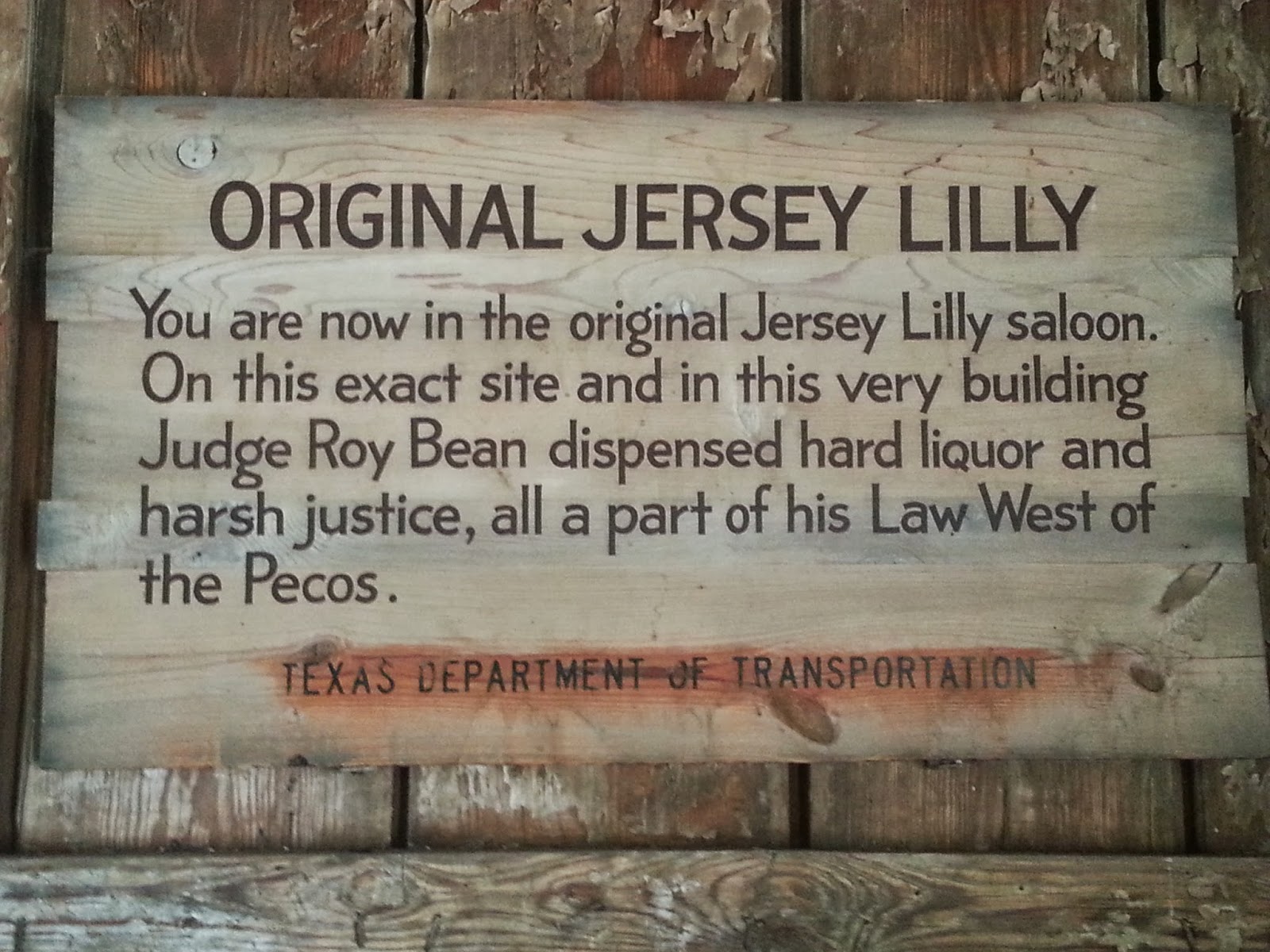 Bean was appointed Justice of the Peace in 1882.  He held court in his saloon, at times interrupting proceedings in order to wait on a customer in the saloon.  Judge Roy Bean had but one book: the 1879 edition of the Revised Statutes of Texas.  Legend has it that instead of referring to the law book, he frequently made his own judgments.


Today the Texas Department of Transportation operates the Judge Roy Bean Visitor Center at Langtry.  The Visitor Center is a museum which includes the Jersey Lilly﻿ Saloon (above) and the Opera House (below) so named to honor the English singer, Lillian Langtry.   No opera was ever performed there:   it was simply the name he gave to his personal residence.
﻿

Posted by Bruce Rosenberger at 10:05 PM