Last night we stayed at the Mark Twain Cave Campgrounds,
one mile south of Hannibal, Missouri.
The cave was well-known to the young Mark Twain
and became the subject of later stories.
Tom Sawyer and Becky Thatcher were lost in this subterranean labyrinth.
Tom and Huck found a treasure in the cave.
Injun Joe was trapped in the cave and died. We had visited the Mark Twain boyhood home in 2006,
so this year we did not schedule time to go there again. 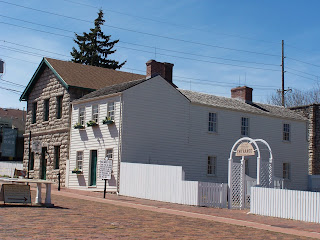 We did enjoy an evening walk and a view of the Mississippi River.﻿ 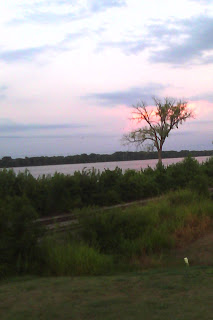