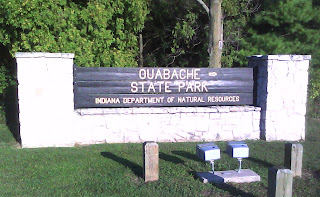 ﻿
It is spelled "Ouabache" but pronounced "Wabash" and is the name of a beautiful State Park near Bluffton, Indiana.   The park is named for the Wabash River which runs through it and "Ouabache" is the French spelling for the name of that river. 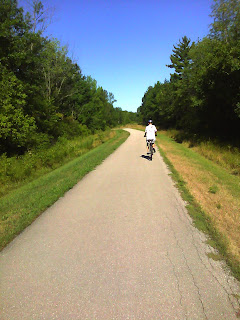 One of our favorite features of the Ouabache State Park is the asphalt surfaced bike path
which travels from the campground through the woods and along the river. 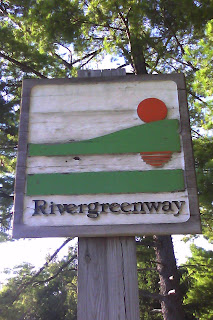 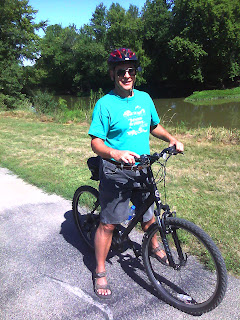 The Rivergreenway is popular for walkers, joggers, baby strollers, as well as bicycles. 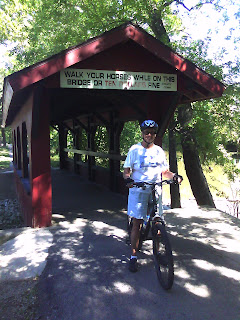 One of the most photographed locations along the Bluffton
Rivergreenway is the covered bridge. 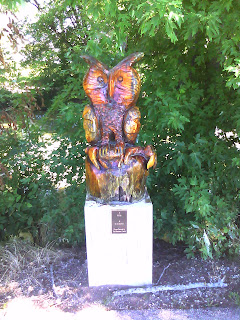 The distances along the Bluffton Rivergreenway are marked in 1/2 mile
increments -- each identified with a beautifully carved image.
Posted by Bruce and Mary Sue at 8:28 PM