The Dells of Wisconsin

Today we took a boat tour of the Upper Dells -- the portion of the
Wisconsin Dells upstream from the Kilbourn Hydroelectric Dam. 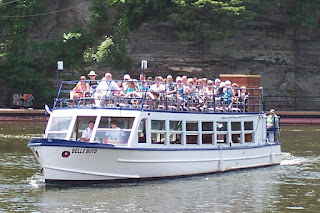 Our boat was similar to the one pictured above. 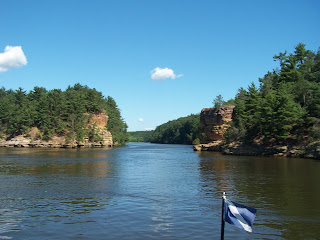 A formation known as "Stack of Pancakes"
also known as "Chimney Rocks." 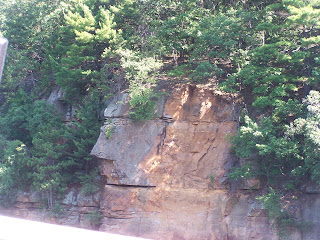 This formation is known as "Chief Black Hawk"
because of the facial features. 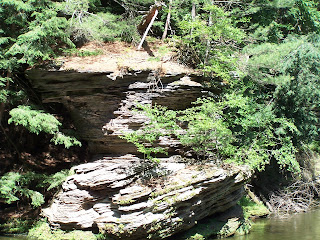 The first-time visitor clicks photo after photo
of the magnificent rock formations. 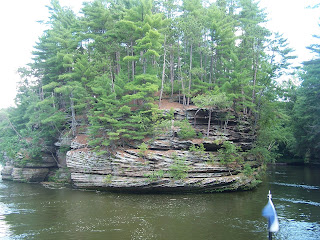 The tour guides have a name for each of the formations
but I could not remember them all. 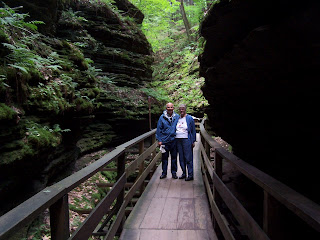 We disembarked to walk through the Witches' Gulch
where we visited the restrooms and snack shop. 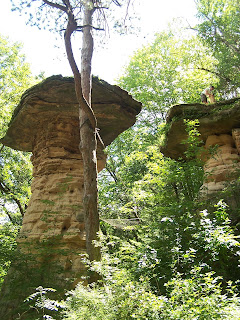 We also disembarked at Stand Rock where we saw a German Shepherd
leap from the top of the cliff to the top of Stand Rock and back again.
Our tour guide told us that Stand Rock was the location for the first stop-action photo as
H.H. Bennett took a photo of his son Ashley leaping to Stand Rock in 1886. 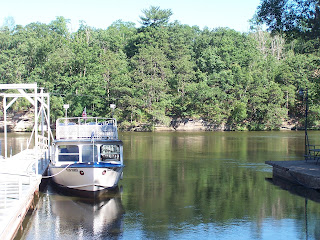 However, our trip through the charming Dells of the Wisconsin River,
like all good things,.had to come to an end.
We -- like the thousands of other people who enjoy this tour each summer --
had to return to the dock and regain our land legs.
Posted by Bruce Rosenberger at 9:19 PM