We all started with day with a mid-morning brunch at Julie's Park Cafe just outside the gate of Peninsula State Park where Anna had nachos and cheese. 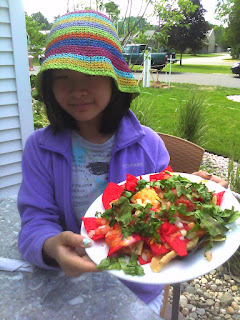 Then Shirley, Joyce, and Anna took a two-hour excursion in a canoe
while Bruce and Mary Sue walked on the Minnehaha Trail. 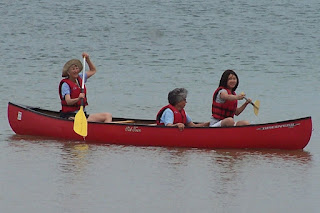 After some light lunch in the park snack shop we went to the Eagle Tower. 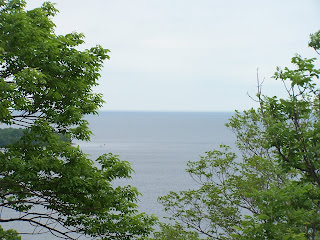 Above is a view from the Eagle Tower overlooking Lake Michigan. 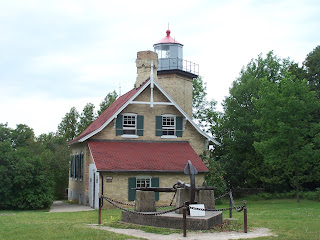 We took a guided tour of the Eagle Bluff Lighthouse. 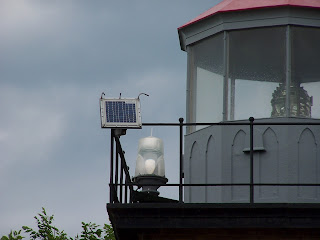 There has never been electricity to this lighthouse.  The Fresnell lens on the right originally focused a flame from the burning of lard.  Now the solar panel in the foreground left powers a light on the corner behind the solar panel. 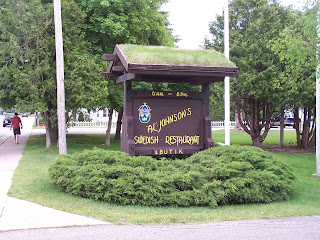 We ended the day in Sister Bay where we enjoyed dinner at Al Johnsons Swedish Restaurant and Butik. 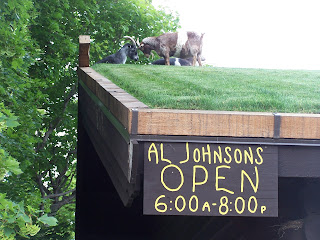 Notice the goats on the roof of Al Johnson's Swedish Restaurant and Butik.
You can see the goats from home via a web cam at http://www.aljohnsons.com/goat-cam/

Posted by Bruce Rosenberger at 9:30 PM